We have come to that mid week point on the blog and today I am delighted to be able to hand the blog over to a very special person in my life, my husband Nik. Nik has been away from the blog for a while, Dexter has been keeping him busy with Daddy duties. However I managed to steal a bit of his time so he could make a welcome return to the blog with a book review for you all. Today he is reviewing The Cookoo’s Calling, so lets see what he made of it!

Hello there, me again, Nik the Reviewer (not as pithy a superhero name as I coveted as a young boy!) Here to save the world from boring films, books or TV series! I should think of a costume next. Perhaps something lime green in keeping with my obsession of all things that colour? Tights a must but no vest, not with my ‘guns’…… Knots in cotton as others used to say! I suppose the closest I can get in literary senses to my favourite colour is the cover for my Kobo Aura H2O e-reader (others are available) which, as the name suggests, is waterproof and therefore readable in the bath, by the pool, near a 10 month baby, you get the idea. As a self-confessed early adopter, I must admit that the e-reader was something I had avoided as I loved the tangible-ness of a book, knowing how far you had got and the smell of the pages adding to the experience of reading. However, for Christmas last year I decided to bite the bullet and ask Santa for one.

I must have been a good boy as on Xmas day, there it was; my very first e-reader. And wow, what an investment. I haven’t stopped reading since then and was really neglecting books prior to this.

I have set myself a new goal to alternate between fiction and fact and the book I am going to review this month is the debut novel of an author called Robert Galbraith (look away now if you do not want the spoiler……), The Cuckoo’s Calling. If I tell you that this debut novelist is actually one of the most successful British book sellers (no, not Jamie Oliver, the other one) and that previous books have been turned in to films, TV shows, theme park rides and other huge merchandise (again, not Jamie Oliver………) but JK Rowling using her first nom de plume! Sadly, the cat was out of the bag some time ago when some staffer at the publishers leaked the information! Shame, as now this is probably the reason you will either read or not read this book. 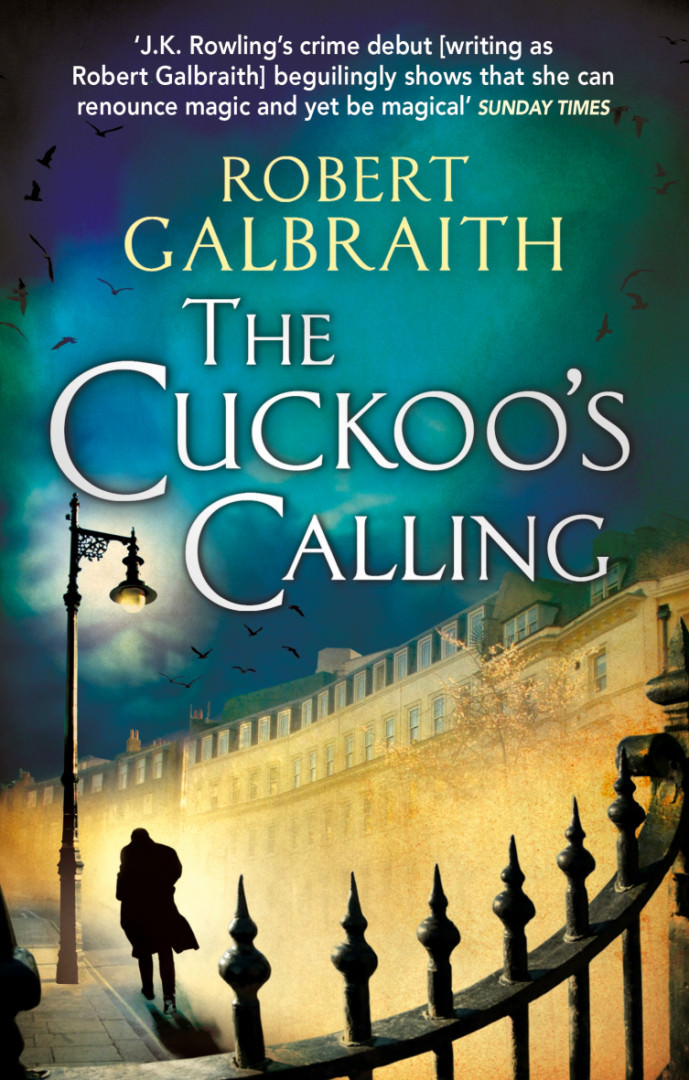 As an adult male when the Harry Potter books came out, I have not read a single page of the series, nor have I seen any second of the films. For this, I am extremely proud as these books are aimed at children!!!!! That being said, I have always wondered what the fuss over JK is and was pleasantly surprised when I read The Casual Vacancy, her first book aimed squarely at adults.
So, as it was fiction this time, I had a look at the app (obviously!) and downloaded from the recommendations page The Cuckoo’s Calling – you don’t get that with a book! The Cuckoo’s Calling is a crime thriller / comedy / sign of the times novel, broaching each genre with aplomb. It is not surprising to me that JK Rowling has sold many books – she is an excellent writer!

This novel introduces our protagonist Cormoran Strike – yes, I struggled too and ended up just calling him Strike –  in what looks to be the first in a series. In The Cuckoo’s Calling, he is tasked with finding out whether a beautiful model has committed suicide or been murdered. Luna Landry is the classic rags to riches model, born of a broken home and adopted by a wealthy family with some dark secrets and heartache in their history. The incident takes place in an expensive London apartment, home to the great and good (I mean to say rich!) of Mayfair. We have underground parking for Ferraris, manned desk, indoor gym and pool and balconies to jump / be pushed off! You get the idea.

Luna is effectively a Supermodel with an army of fans and a contract akin to Victoria’s Secret. With that comes the dreaded paparazzi, tempestuous relationship with Evan Duffield her model / actor / singer / drug addict boyfriend, rehab, jealous friends and family and the almost unhealthy obsession of the brilliant designer Guy (Ghee – natch) Somé.
Luna’s body is found one cold and snowy morning and it is classified as a suicide almost immediately by the police and that is that – or is it? 3 months later, after hiring a new temporary secretary, Strike is visited by Luna’s brother asking to reopen the case as a murder.

We are taken around London by Cormoran and his unsuspecting but helpful secretary Robin in search of the truth and make a small excursion to Oxford – the Malmaison Hotel to be precise. A hotel that used to be a prison that Kelly and I visited one Valentines weekend when we had plenty of money! Now it is a Premier Inn on the way to Cornwall with Dexter, but hay ho!
Cormoran Strike is the child of famous rocker Jonny Rokeby and this is used to belittle his persona at every turn. Strike had lost a leg in battle and been an army investigator, his father a rock icon! And in tangling himself up in the fickle circle that is fashion, his motivation and direction become clear. It appears that his mother was a groupie and met an un-fashionable end herself.

From start to finish, this book had me turning the pages in anticipation of the dénouement and as with The Casual Vacancy, I was not disappointed.

This book has it all – Sex, Dr*gs and Rock n Roll – so what more could you want? My wish that this is the first in a series has been granted as the next book featuring Cormoran Strike, The Silkworm, is downloaded and waiting for me to finish Gone Girl (next month’s review – teaser – it is brilliant so far!)

But what of my Kobo (an anagram of Book if you wondered)? Well suffice it to say, good bye books!! 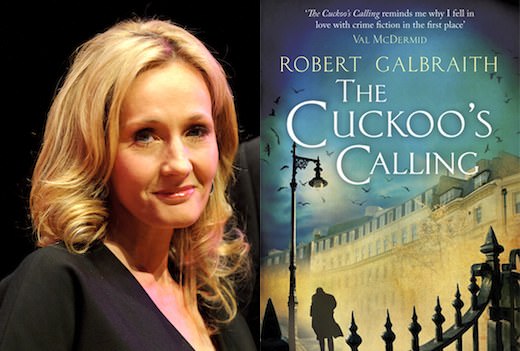 TV Review: My 3 All-Time Favourite TV Programmes by Nik Hood
Book Review: A Long Way Down – Nick Hornby
Boho’s Top 10 Pins of The Month - November
Happy New Year! - The Year of no Resolutions
Things To Do: Visit The Deep in Hull