Today we welcome back John to the blog. John has reviewed many fantastic films and books on the blog and today he is going to share with us his thoughts on the film Foxcatcher.
John has also just released his second book; The boy in Winters Grasp, which we will be reviewing in the next few weeks, I have got my copy already and I have to say it’s blooming brilliant!
It’s great to have John back. I love his reviews.

It’s been a little while since I had the chance to review a film for you guys. I’ve been bogged down with finishing a novel and getting it out. (Cough, buy my book! Buy my book! Sorry, I don’t know where that came from.) Finally, however, I got to go to the cinema this afternoon, so thought I would dash out a review whilst it was fresh in my mind. This week I went to see “Foxcatcher”, starring Steve Carrell, Channing Tatum and Mark Ruffulo.
Onto the film in a moment, but first I wanted to mention how I went to the cinema. No, not the method of transportation- I’m sure my journey there in a ropey 2003 KA is of no interest to anyone. Rather I mean that instead of going alone, I joined a local movie watching group who band together and go and see films together. I found them on the excellent website www.meetup.com, a place where anyone can find local activity groups in their area involved in things they want to do. If you haven’t been on the site and have any interests that you don’t have buddies to do it with, then take a look. It was, on the whole, a positive experience: very nice people who I got to chat with before the start and swap recommendations. The immediate common interest broke the ice quickly. I’ll certainly be tagging along with them now and again, between solo trips. Take a look at the site. It’s worth it. 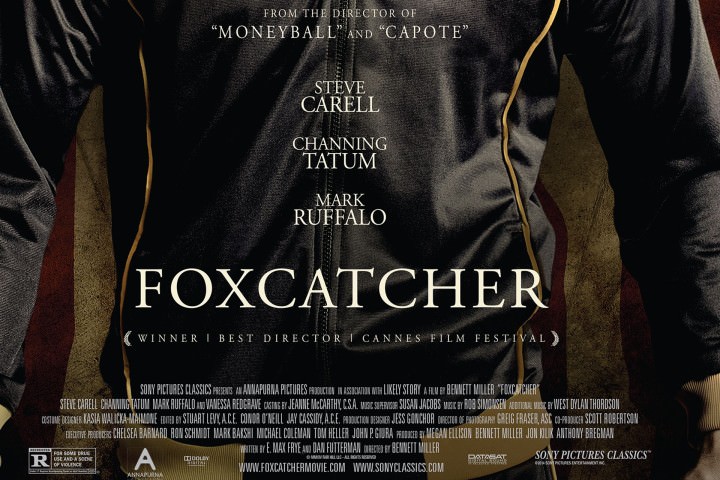 So, the film. I’m afraid it’s Oscar season. This is the time of year that major studios put out movies they think are worthy of consideration, so they’re fresh in the minds of the voters in February. This means we get treated to both the most interesting and the hardest trying films of the year. Foxcatcher is sadly the latter. The first thought that sprang to my mind was ‘worthy’. Not in a good way.
Whilst there were things that I liked, Foxcatcher could almost be made specifically for awards. It’s based on real events. The story tells of two Olympian, gold medal winning, wrestling brothers (Tatum and Ruffalo) who are picked by multimillionaire John Du Pont (Carell) to run his wrestling school. The school (named Foxcatcher – hence the title) is on the grounds of his huge mansion.

Essentially the film is a morality play. It turns out that money might buy you people to be around and a form of influence, but it will never buy you happiness. It takes the director, Bennett Millar, one hundred and thirty-four minutes to tell us this. Now, if that time had been thrilling, I doubt I would have noticed, but this is a dry, dry film. For at least the last forty minutes, my mind kept straying to the two dirty cheeseburgers I was planning to scoff (and did) from the MaccyDs next door.

However, as I said there were things I liked. The overall look of the film was a gritty, gutsy grey that immediately brought to mind films like “The Deer Hunter” and “Winter’s Bone”. You are under no illusions that you are watching ‘real’ lives and those lives are somehow lacking.

Occasionally, scenes inspired me to want to do something. I would quite like to visit Pennsylvania in the snow after seeing the film. There’s an interesting War Of Independence memorial I’d like to go see. I’d like to understand wrestling a little more. I even wondered what my living room would look like with the addition of a stuffed moose head. So I did get something out of it. Sadly, it wasn’t an appreciation of a good story.

Where the film does score high is with Steve Carell’s turn as John Du Pont. It’s not a copy of the man, but it’s a very strong portrayal. There’s a YouTube documentary of the man himself, and being somewhat anal, I checked it before writing this review. Carrell has the physicality of Du Pont perfectly, showing his strange awkwardness. For dramatic effect, Carrell makes the characterisation considerably more creepy than the man you can see in the documentary. He also adds some strong homoerotic undertones that work well with the plot. If you get the chance to watch just Carrell’s bits, then do. They show he is a versatile actor suited to much more than just comedy.

As to the other leads, Tatum and Ruffalo coast along nicely. Tatum plays it dumb and vulnerable. Playing dumb is something that he does so well, I often wonder whether he is acting. Ruffalo is being, well, Ruffalo: Likeable, harmless, softly spoken. He portrays the one character that is likeable without condition.
And, for me, that’s the central issue. In this dry, serious film, no matter how well shot it is, or good it looks, we need at least one character to give a monkey’s about. Unfortunately, despite the presence of Ruffalo, there isn’t one.

The film has already won best director at Cannes and three Golden Globes. It’s well made and worthy. This will have the members of the academy nodding thoughtfully at the end of their various viewings, trying to think of how to frame their reactions in a positive way. Would it ever pick up a people’s choice award? Frankly, no.

Verdict. Wait for it to appear on a streaming service. Even then, make sure there is nothing else you want to watch first. 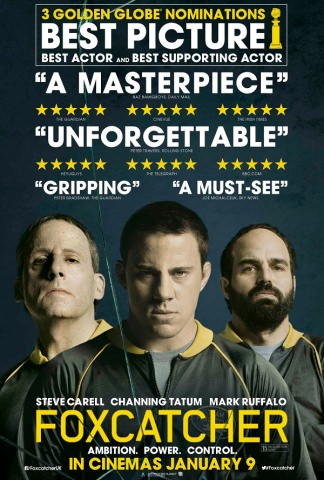 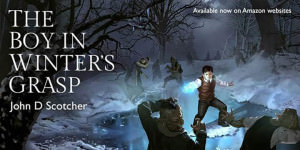 Book Review: A Long Way Down – Nick Hornby
Happy Halloween!
Valentines Day Cards - A Selection of the Best on the Market
A Tour of the Indies: A Creative Quest for the UK’s Best Cinemas...and Cake
Things To Do: Visit The Deep in Hull