Today I am delighted to welcome back Kirsty to the blog, with her super cute new addition Kailin. Kailin was born 3 weeks ago and today Kirsty is here to tell us all about the birth and how they have been getting on as a family since.

Kailin is Kirsty’s 2nd child and she introduced us to her family HERE last time. 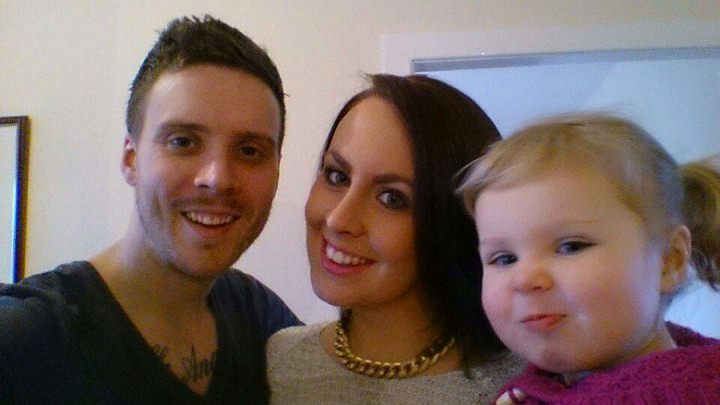 Well, what an eventful few weeks I’ve had. My last post was all about my pregnancy up to 37 weeks and how I was looking forward to a low key, water birth with my second daughter…just my luck but things didn’t quite go according to plan!

At my 38 week pre-natal check, my midwife found something in my urine called group b strep. I had never heard of it before but she seemed quite alarmed which made my heart sink. I was told immediately that I’d have to be on antibiotics as soon as possible as well as an antibiotic drip during my labour.
In the town I live in, the maternity ward is run purely by midwives (there are no doctors there) so if you have any sort of complications during your pregnancy or labour or if you require more pain relief than simple gas and air you have to be transferred to Ninewells hospital in Dundee which is around 20 minutes away. Ninewells has a ‘conveyor belt’ reputation with lots of people saying you’re in the labour ward, have your baby then straight onto the ante-natal ward. In and out. No one to one care that Perth has, no chance to get to know the person who will be delivering your baby…just hello, have your baby then goodbye. I didn’t want this at all. With Kaci I had the nicest pool birth with staff I’d got to know during my labour and I felt completely at ease. I was in my own private room after the birth and just loved every minute of it. This time as to be so different.

When I got home from my appointment I googled group b strep – probably the worst thing I could’ve done. I read that as the baby passes through the birth canal and comes into contact with the infection, there is a chance they will also pick up the bacteria which can cause them to be very ill post-birth and sometimes it could even be fatal. I was in bits. How could this be? I faced the fact I would have to change my birth plan in order of a safe delivery – even if this meant a stay in the special care baby unit for my newborn daughter.

My due date came and went and I had been experiencing very strong Braxton hicks contractions every other day for a few hours. When would labour start? Was this it? Everyone says you know when you’re in labour but I had no clue! I was booked to see my midwife when I was five days past my due date for a membrane sweep. When I went to see her I told her I was contracting. “No, you’re not in labour” was the response I got. Later that day the contractions were getting closer and closer and more painful. I phoned Craig to come home from work just in case and had my mum come out to help me put Kaci to bed. As soon as she was in bed I was off to the hospital to be checked out. At 7pm I was told I was not in labour and I should sit and relax and stop thinking about labour so much. I knew something wasn’t right, I couldn’t even stand up properly! By 7am Kailin Neveah Lamb was born. 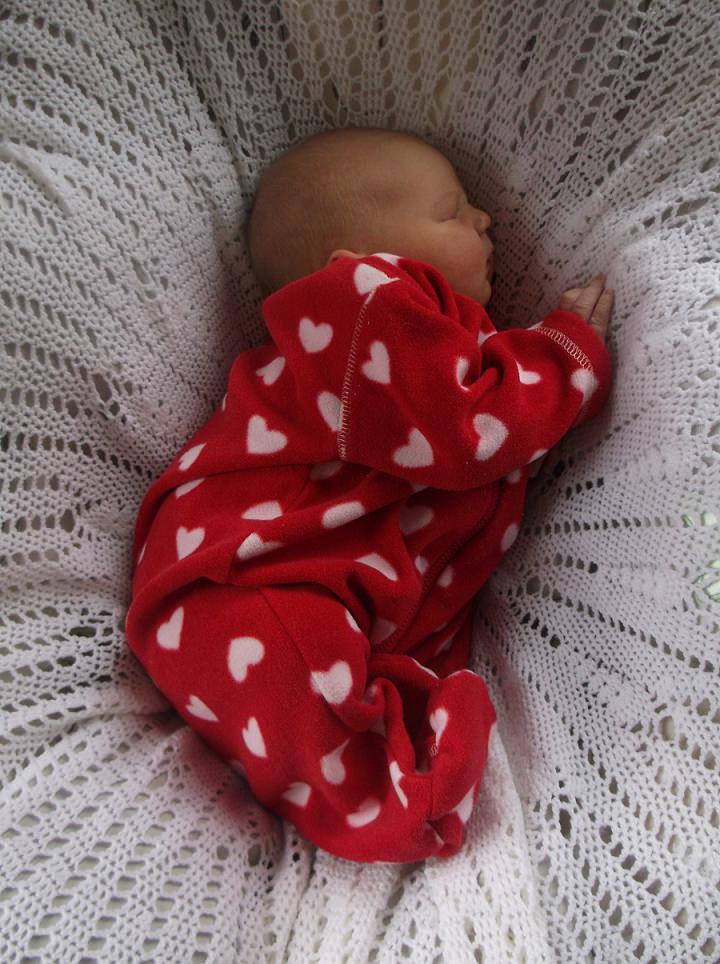 After seeing the midwife at 7pm I headed home, annoyed that I was so sore and nothing was happening. At 11pm Craig and I drove to the hospital as I was contracting every 2.5minutes and was very sore. Something was happening. The drive to the hospital seemed to take forever and we ended up getting lost inside the hospital…just my luck when I literally felt like this baby was on her way out!
I was admitted straight to the labour suite and put on the antibiotic drip. Gas and air saw me through the contractions and I was coping alright – even if Craig was snoring his head off sound asleep on the chair beside me. Men!
It got to 6am and I asked the midwife to assess me again to see how far I’d progressed. Things seemed to have been slowing down in the early hours of the morning and I was getting very tired. I was 5cm and was told I’d have at least another 4-5hours ahead of me. My waters were broken and I was left while the midwife went on her break. After being told I still had so long to go, I don’t know what ‘clicked’ in my head but something happened. My body took over and a process known as ‘involuntary pushing’ started. I screamed to the midwife that I needed to push and she told me I didn’t, that it would be ages yet. Twelve minutes later and I was holding my baby girl in my arms, all 9lb 13.5oz of her! It turns out my body had realised I was at my limit and decided to deliver this baby very quickly.

Kailin was placed on me for a few seconds. She was so quiet. She didn’t cry. She was then snatched away from me and rushed out the room while I broke down in tears. What was going on?
It felt like she was away from ages but after about 15minutes she was back. It turns out due to the speed of the delivery she was rather shocked and had swallowed a lot of mucous on delivery. She had to have a vacuum placed over her mouth to remove all of this before being given oxygen to help her breath. After being monitored in the labour suite for a couple of hours I was moved to the ward. No special care baby unit. I was so pleased. I was desperate to get home and as soon as I knew everything was ok, I was home in time to put Kaci to bed the same day Kailin was born. I couldn’t be happier. 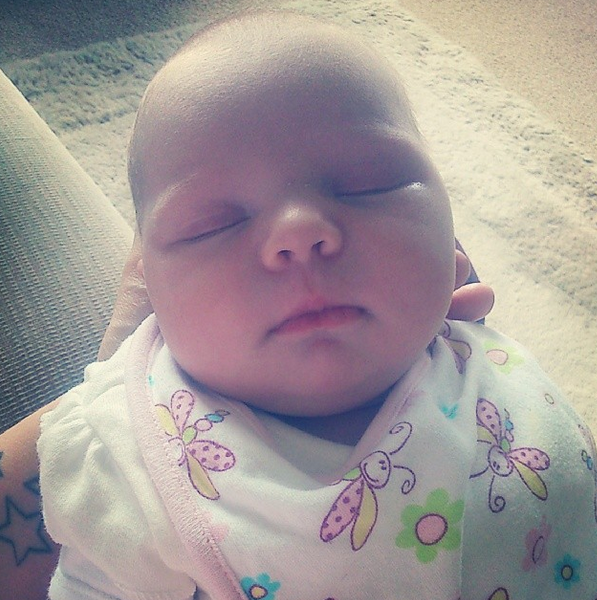 We are now three weeks into life as a family of four and it has been manic! The first week involved a lot of projective vomiting and about 27 loads of washing due to the mucous issue at birth. Week two was when we noticed the piercing screaming from Kailin was colic so we purchased new bottles (Dr Brown’s anti-colic) and started her on infacol to help with her winding. Week three has been great – Kailin is so much more settled, her colic doesn’t seem to be bothering her, Kaci absolutely adores her little sister and I’m actually managing to get some sleep! Last night Kailin slept from 7.30pm to 2.40am had her bottle then slept 3.10am to 7am. I really can’t complain. There have been a lot of sleepless nights and Craig is no help what so ever at nights which can be annoying at times, but you know what…he works really hard during the week to allow us the family life and lifestyle we have so I don’t mind. Everything in our life is as perfect as you can expect with such a little baby. I love her so much and I’m so content with the ‘complete’ feeling I now have.

Real Life Easter DIY: 3 Fun Projects for the Easter Holidays
Everything You Wanted to Know About Hypnobirthing
Diary of a Boho Baby – Sallyann (26 Weeks) The Scan and Nursery Ideas
Diary of a Boho Baby: Kirsty – Kailin 13 Weeks Old ' The Fright of my Life, They are so Precious'
Real Families: A Boho Family Shoot - By Jon Cripwell Photography