Today I am delighted to welcome my wonderful husband Nik back to the blog with his monthly book review. Last time Nik reviewed ‘Poppet’ by Mo Hayder and it’s safe to say he really enjoyed it! Today we turn to something more light-hearted with Nick Hornby’s ‘A Long way down’ The Book has recently been made into a film, so it was top of Nik’s list to read. Lets see if he likes it!

A Long Way Down – Nick Hornby

This month’s Book Review is A Long Way down by Nick Hornby. I couldn’t decide what I wanted to read after the horror crime of Poppet and saw that this had been turned in to a movie recently starring Aaron Paul (Jesse Pinkman in Breaking Bad – as you know from previous posts my fave TV programme!) so I decided to give it whirl. I have always wanted to read a Nick Hornby novel as I have seen a couple that have also been turned in to films – High Fidelity and About a Boy. The pedigree and my expectations were high! Sadly, I was left underwhelmed by A Long Way Day, and here is why:

A Long Way Down follows the story of 4 very different people with very different personalities. We have Martin, a failing TV presenter recently released from prison for sleeping with a 15 year old girl after meeting her in a nightclub; Maureen, mother to a disabled son called Matty who had sex only once and who spends all her time (and Life) looking after Matty; Jess, an obnoxious teenager whose father is a Junior Education Minister and whose sister, Jen has gone missing; and finally JJ, the American, a Pizza delivery boy with a failed band behind him.
The premise of the story and source for the title of the book is that all the above characters meet each other on New Year’s Eve atop a building nicknamed Toppers House – you guessed it, they are all up there to throw themselves off! As far as I am concerned, they should have done it and ended the book after the first chapter.

Nick Hornby has a distinctive writing style for this book and splits it in to 3 parts but not with any chapters or breaks. Each person talks to the reader POV style and in fairness, this is done well and you really get a feeling that they are very different people. Jess in particular talks quickly and without stopping and in a very ‘urban youth’ way, despite her middle class upbringing.

As you know by now, they decide not to commit to jumping and so we follow their story for the next 90 days and get to know the characters a little better.
Maureen is the one that goes on the greatest journey and really does change her life, getting a job and some new friends that were clearly lacking previously.
The others however, do not. I just did not warm to them at all and in fact, thought they were a little insipid. With the background of Martin and Jess, I feel this book could have been a lot more enthralling but for me it just never gathered any pace and had very little jeopardy – in spite of the storyline!
JJ is simply not a strong enough for Aaron Paul to play in a movie, so I do hope that they have a good scriptwriter!

So, all in all, not a great book for me as I prefer things a lot faster and suspenseful. The reviewers liked it and one even called it ‘Darkly Comic’ – they have clearly never seen League of Gentlemen or Brass Eye! Even Johnny Depp called it ‘Masterful’ and said the characters were some of the best he had ever read? Stick to being a pirate Johnny!
Sadly for all concerned, the movie doesn’t rate much better with awful reviews! Perhaps they should have asked the reviewers of the book to watch the film instead……………….. 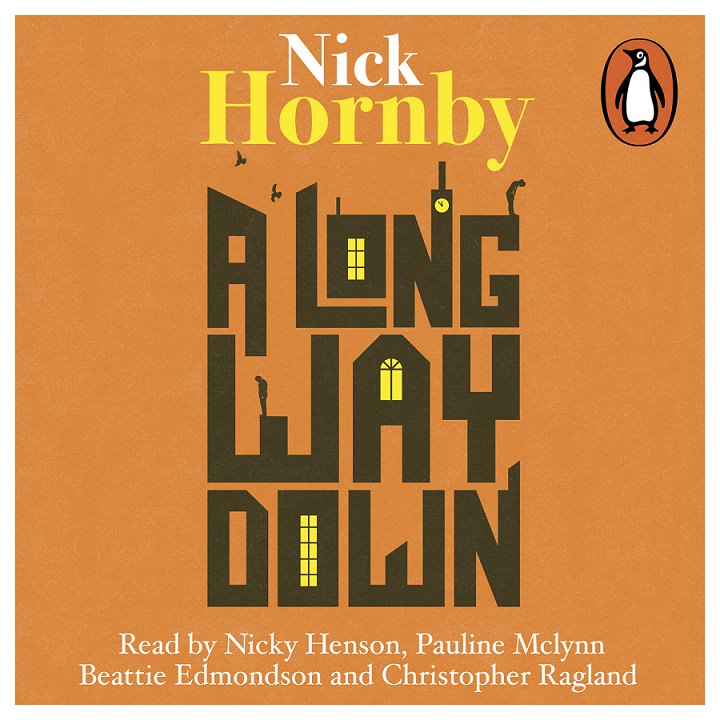 Nik will be back in a few weeks time with another book review, hopefully this time one he actually likes! I know I won’t bother reading this book after his thoughts on it!

Christmas Decoration Ideas from Alp and Ash
Boho’s Top 10 Pins of The Month – December - Christmas Special
Valentine's Day Ideas
Real Couples: The Look of Love
A Tour of the Indies: A Creative Quest for the UK’s Best Cinemas...and Cake