This month, I am taking a lighter hearted look at television following last month’s review on The Sopranos, Breaking Bad and Game of Thrones!
We love watching comedies here at Boho HQ and find that the house is full of laughter because of it! So for this month’s reviews, let’s look at what makes Kelly and I laugh the most. If you aren’t already, set the ‘Generic HD Recorder’ for the following!

Sky One Monday 8PM and On Demand 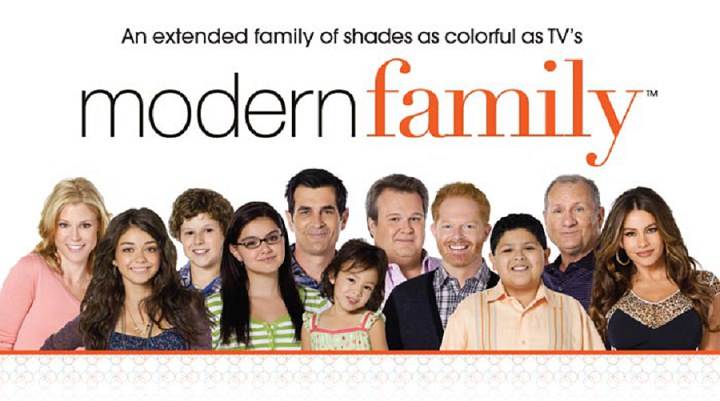 As the name suggests, our American Cousins take a very light hearted look at modern family dynamics as we follow the hilarious escapades of the Pritchett’s and Dunphy’s.
For the purposes of this review, we will start with the patriarch, Jay Pritchett (Ed O’Neill – Married with Children), head of the family and married to ‘trophy wife’, the stunning Gloria (Sofia Vergara). They are parents to Manny (Rico Rodriguez) from Gloria’s wild Colombian past and Fulgencio Joseph ‘Joe’. Jay is a wealthy business man and Gloria a glamorous wife but despite their differences and often clichéd relationship, it is played fully tongue in cheek with hilarious situations ending in subtle sentiments. Manny is a passionate, intelligent poet, often falling short of Jay’s manly expectations, but always making him proud in the end.
This relationship is somewhat mirrored with Jay’s gay son from a previous marriage, Mitchell (Jesse Tyler Ferguson – The Class). Mitchell and his partner Cameron (Eric Stonestreet – Bad Teacher) have an adopted Vietnamese daughter, Lily. Lily is played by young actress Aubrey Anderson-Emmons who has come from nowhere and developed in to perhaps the best young comedic actress I have ever seen, playing off Cameron and Mitchell with consummate ease.
Jay’s daughter Claire (Julie Bowen – Ed) is married to the hapless realtor (estate agent!) Phil (Ty Burrell) and has 3 children – self-obsessed teenager Hayley (Sarah Hyland), super intelligent ‘geek’ Alex (Ariel Winter) and their only son, Luke (Nolan Gould) who is never far from mischief (usually involving Phil!)
Each episode has a common theme – Birthday Party, Wedding and Local Fair – that unfolds in to a brilliant tour de farce from each character then finishes with a brilliant vox pop from one of the family members that can at once bring a tear to the eye and make you fall about with laughter! 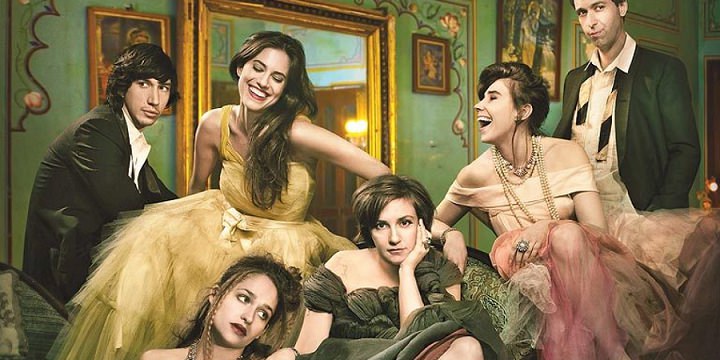 What can I say about Girls other than Stunning! We follow the exploits of twenty-something Brooklynites led by Hannah Horvath played by the excellent Lena Dunham – writer, producer, director, actor – who as managed to breathe new life in to the tired format left behind by Sex and The City. Since their dreadful venture to the big screen, a void left by a fantastic TV series has been filled (if not blown out of the water!) by Girls.
Hannah is in a tempestuous relationship with Adam (Adam Driver) that leads to some pretty explicit sex scenes that I can say are an awkward watch even for a married couple! Adam is an out of work actor when we first meet him and has a magnetic screen presence and attraction that draws you in to find out more about his character, yet we are kept guessing as to his history.
Hannah’s friends are the gorgeous, wannabe artist and somewhat self-centred, Marnie (Allison Williams) who is in a failing relationship with her loser boyfriend (who subsequently develops a very successful app and leaves her behind!), Shoshanna (Zosia Mamet) studying for a degree and struggling to cope with the sexual confidence portrayed by her best friends. Shoshanna’s cousin – the uber-confident, uber-cool Jessa (a recovering drug addict) adds an edge that can be both fragile and strong at the same time!
We follow their journey in the City that Never Sleeps and are completely blown away by the setting, writing and directing. It’s no surprise that Girls was picked up by Judd Apatow (Knocked Up, SuperBad, 40 Year Old Virgin, Anchorman) and made its way to our screens. Well worth the DVD box set purchase for previous episodes. 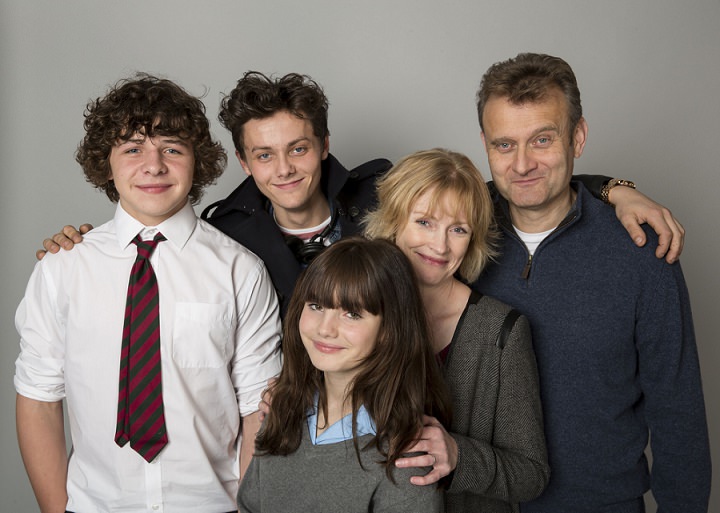 Outnumbered is quite simply one of the best comedies ever commissioned by the BBC and I am so pleased we decided to watch it for all 5 series and Specials.
It charts the ups and downs of a family of five with Dad Pete (played by Hugh Dennis) Mum Sue (Claire Skinner) and their 3 kids – Jake (Tyger Drew Honey), Ben (Daniel Roche) and Karen (Ramona Marquez.
Written, Directed and Produced by Andy Hamilton and Guy Jenkin, Outnumbered is semi-improvised and this is clear in the first series’ as the child actors could not really remember their lines for the scenes and so were fed cues to react to. Quite how they chose such a perfect cast based on that is beyond me, but they did!
Pete and Sue always appear to be at their wits end and in constant battles with three matter of fact children who are inquisitive and confident in the extreme. Karen is old beyond her years and gives them a real run for their money, Ben has a mixture of genius and destruction in equal measure and pushes them to their limit with his adventures and Jake is a coming of age teenager with all that is associated with those developmental years – girlfriends, exams, emotions and two overbearing siblings demanding of his parents attention!
As the series develops, so do the personalities of the children and all is tied together by the perfect timing and acting of Hugh Dennis and Claire Skinner. If you are yet to try Outnumbered, please do so and let us know what you think!